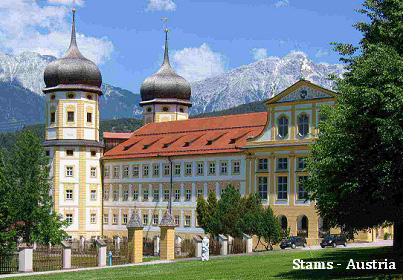 The twelfth-century Cistercian reform had started as a movement of spiritual renewal and grown to become a determining force in the social, economic and political life of medieval and early modern Europe. The violent storm of revolution that erupted across the continent at the beginning of the nineteenth century shattered the remains of feudalism and consequently brought about the near extinction of Cistercian life. The monk who emerged from the ruins was no longer a privileged, revered and self-assured member of a great order; he was simply a poor man in search of God, surrounded by a society oftentimes engaged in far different pursuits. The renewal of Cistercian life in the modern world took place, therefore, in a situation dramatically different from the one in which it was initially born. Thus, a fidelity to the Cistercian tradition combined with a careful discernment of the ever-present and guiding hand of Providence would prove essential in the modern rebirth of the Cistercian Order. 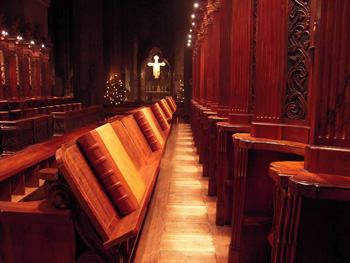 The resurgence of Cistercian life took place locally and on a grassroots basis. Restoration in France owes much to the monks that espoused the legacy of the Abbey of La Trappe, a monastery famous for its association with the French reform of the 16th century. About a century after their return to France, in 1892, those affiliated with La Trappe went on to separate from the Cistercian Order by establishing the Order of Cistercians of the Strict Observance, more commonly known today as the Trappists. The historical division between the Cistercian Order and the Trappists is a complex story to tell, since it is based in older efforts of reform in sixteenth-century France and enmeshed in regional politics and differing visions of the monastic vocation. Today, while the orders remain juridically and in some sense culturally distinct, these two branches of the “Cistercian family” have much in common, in large part due to the post-conciliar renewal experienced by both orders, as well as their shared roots in early Cistercian life and spirituality.

Outside of France, much of the reconstruction of Cistercian life took place without the influence of the reform associated with the Abbey of La Trappe. Individual surviving monasteries of the Cistercian Order began to renew a number of secularized monasteries in German and Italian regions and in Central Europe, thereby giving rise to independent “congregations” of abbeys. The relative independence of these congregations allowed for a certain diversity, as each was permitted to adapt with relative freedom to the new historical situation and to engage the needs of the contemporary Church. The global unity and solidarity of the scattered Cistercian communities was secured when the General Chapter, now convening in every fifth year, resumed its meetings after 1880. The General Chapter was initially impaired, however, by the fact that neither the assembly nor the abbot general had a permanent residence. The traditional location of the General Chapter, the Abbey of Citeaux, had been lost to the French Revolution and then purchased by the Trappists in 1898. Thus a permanent residence for the abbot general and his administration was eventually established in Rome. Today, this residence also serves as a house of studies for the Order. 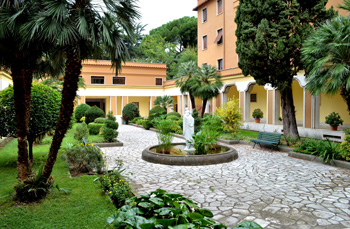 In spite of early challenges, the General Chapter was hardly without effect as the Cistercian Order moved into the twentieth century. In 1925, it guided the Cistercian community to an effective embrace of Pope Pius XI’s new program for foreign missions, outlining a way in which monastic communities could do missionary work without sacrificing their basic character. Instead of putting single monks in isolated missionary stations, whole communities of monks would be planted in foreign lands in order to promote true Christian life and culture by their living example and educational activity. During the twentieth century, new foundations of various kinds have emerged in North and South America, Africa and as far east as Vietnam. A few decades later, attentive to the call of Vatican II for “the adaptation and renewal of religious life” (Perfectae Caritatis), two special sessions of the General Chapter were convoked in 1968 and 1969 in order to compose a long and detailed declaration on the place of Cistercian monasticism in the modern world, in addition to a new constitution for the supreme government of the Order. These documents continue to offer much nourishment and guidance to Cistercian life today.