The Art of Fr. Ignatius Peacher 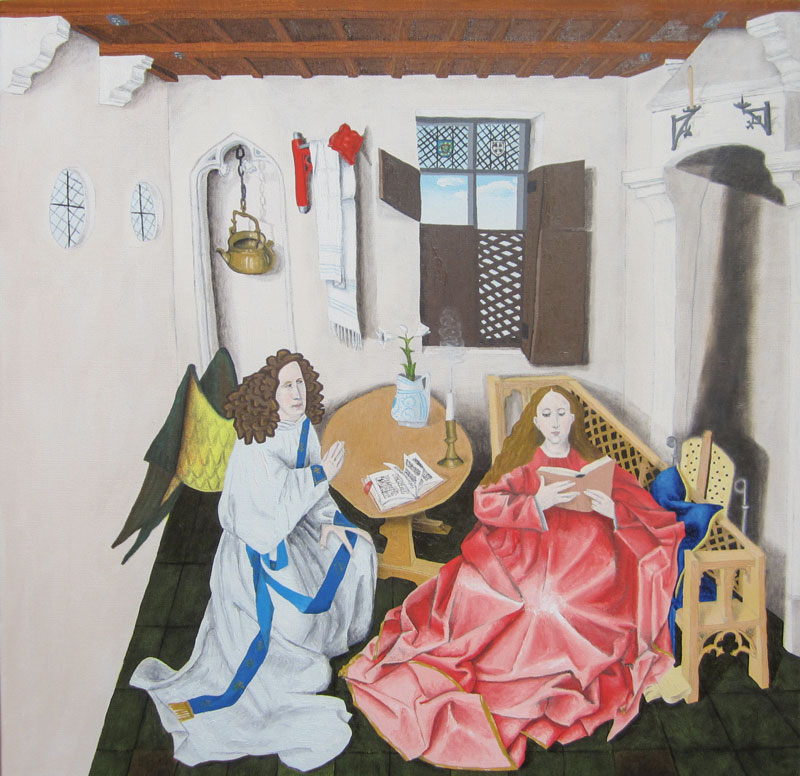 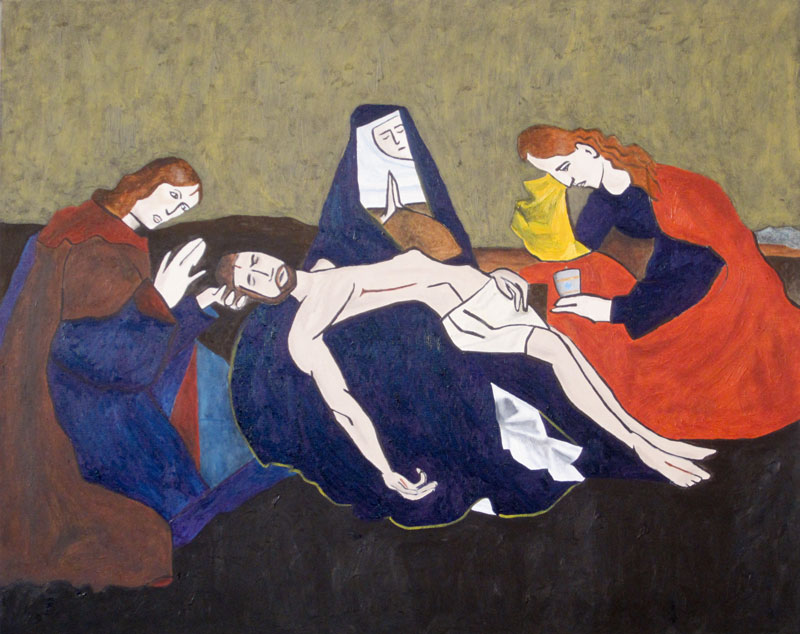 After the Avignon Pietà 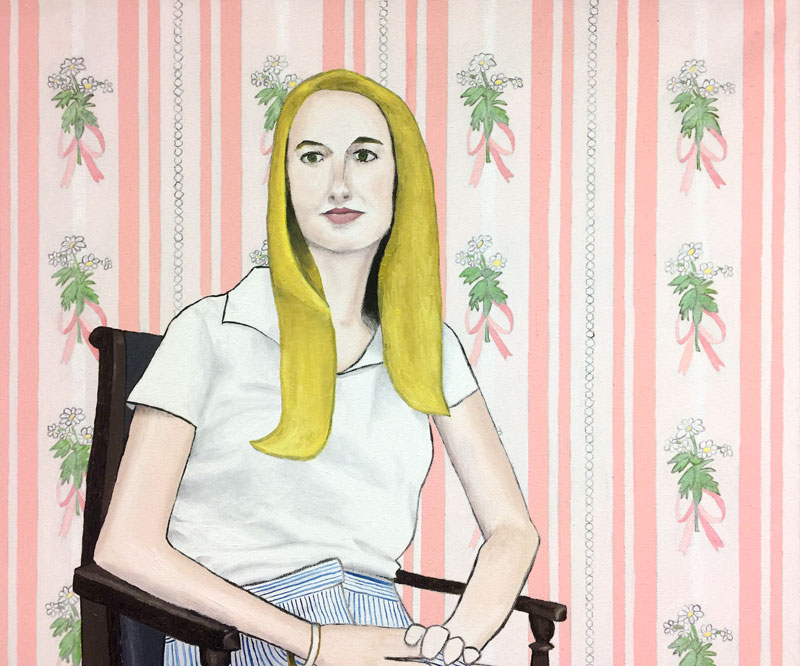 Portrait of a Young Woman 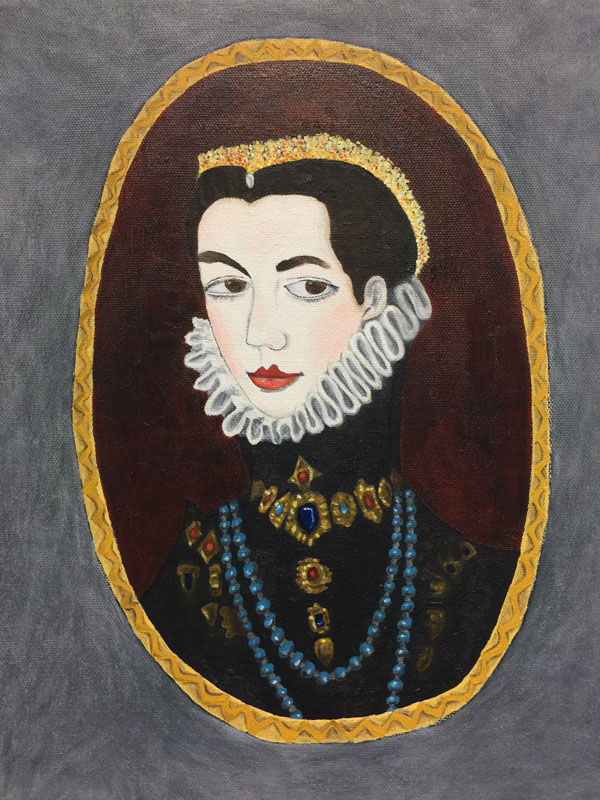 After Sanchez Coello's portrait of a Lady of the Spanish Court 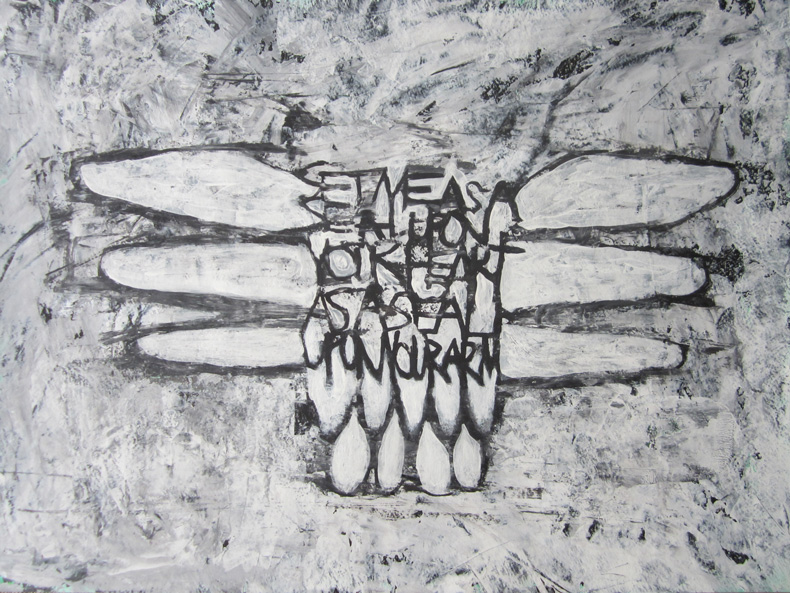 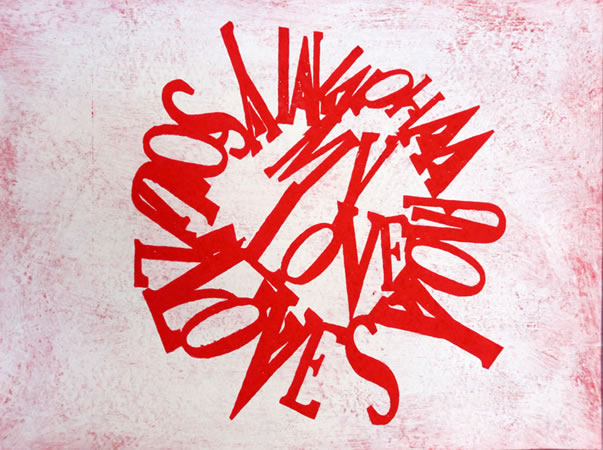 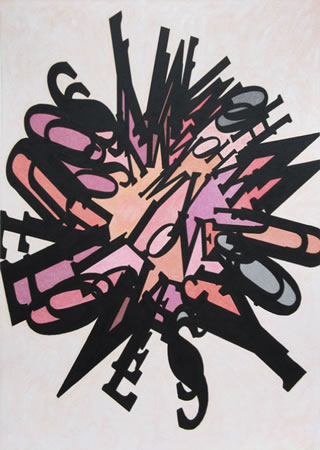 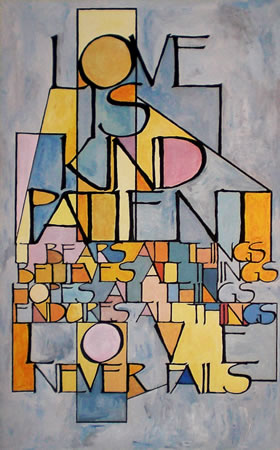 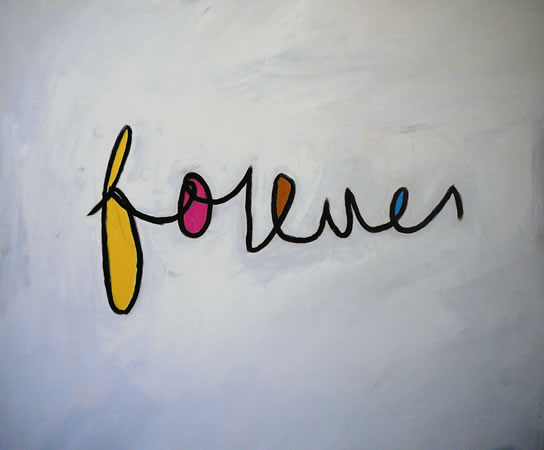 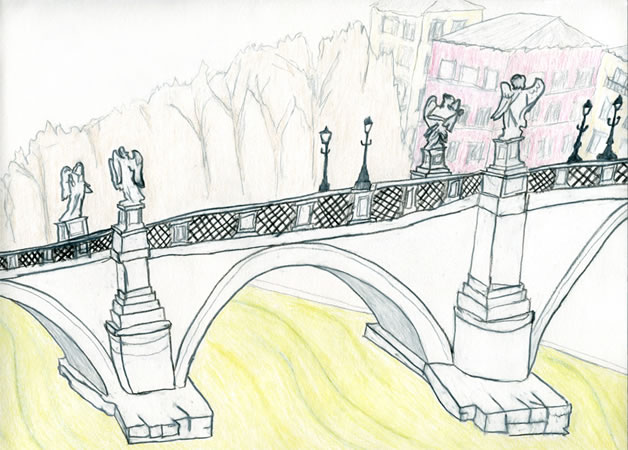 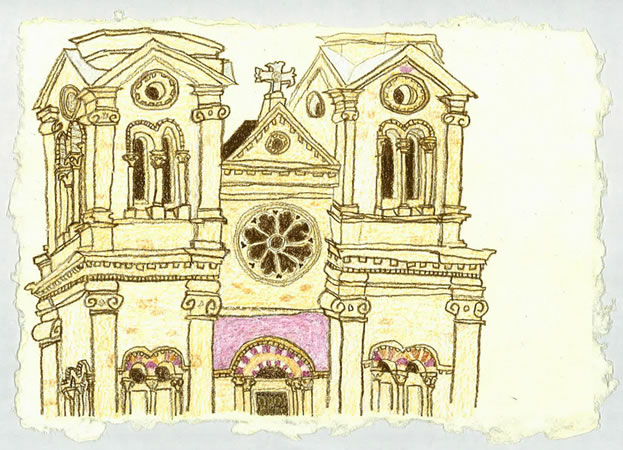 Fr. Ignatius’ artwork is divided into two branches: word paintings and representational art work. The word paintings are set in a contemporary art tradition established by artists like Robert Indiana. Such artwork has two basic elements. First, the piece must be able to stand on its own aesthetically apart from its legibility. It must be capable of being appreciated for the beauty of the lines, composition, forms, and colors. Second, these artistic features ought to communicate, support, and enhance the meaning of the text. Fr. Ignatius’ word paintings reveal his concern to bring meaning to his art through the use of texts from Scripture and the saints. In his representational work comprised of the human figure and nature, Fr. Ignatius tries to strike a balance between a concern for proper draftsmanship and playfulness.

Fr. Ignatius was born in Guadalajara, Mexico in 1976. Shortly afterwards his parents immigrated to Texas. For college, he went to St. John’s University in Minnesota, where he majored in art and earned a bachelor’s degree in 1998. A few months later, he traveled to Paris, France to study French, literature, and art history. After two academic years in France, he returned to Texas. At that time he entered the Master of Architecture program at the University of Texas at Arlington, which included a semester in Vienna and Innsbruck.  He completed his degree in 2004. After working for an architecture firm in the Austin area for a year, he entered Our Lady of Dallas in August 2005. He professed his solemn vows in 2010, and earned a master’s degree in theology from the University of Dallas in the same year. In the fall of 2010, Fr. Ignatius traveled to Rome for one semester of theological studies. He used part of his time to sketch the churches and architecture of Rome. After returning to Dallas in February 2011, he was ordained a priest on March 25, 2011 in the Abbey Church. In 2018, Fr. Ignatius began to study canon law in Washington, D.C. and anticipates graduating in the summer of 2021. In his free time, he continues to make art.