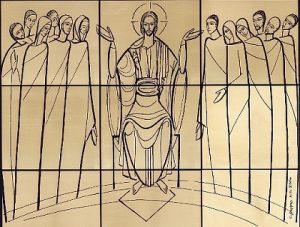 The success and speed of the medieval expansion of the Cistercian Order brought with it a variety of challenges. The vast geographic range of the Cistercian community posed serious obstacles to the system of government established in the Charter of Charity: most importantly, the efficiency and possibility of visitations and annual general chapters diminished greatly as the number and distance of daughter-houses increased. The inclusion of already existing monastic communities into the Cistercian reform also challenged any effort for a strict conformity of monastic observance within the Order. Moreover, as the Order increased in size, the consideration of local needs was given as much attention as the desire to adhere to preconceived principles and ideals. Thus, while the Order was enriched by its expansion and diversity, the challenge of universal governance became progressively more acute. 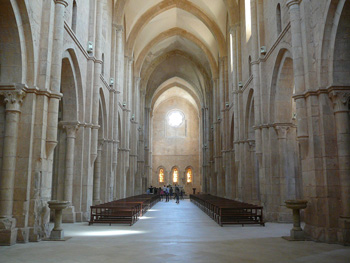 Beyond the natural challenges of an expanding community, a greater frustration to the governance of the Order was the late-feudal institution of “commendatory” abbots, by which external authorities, such as a pope or secular ruler, would grant abbatial authority as a political favor to lay noblemen or ecclesial prelates, who would then begin to administrate “their monasteries” for personal gain. Such a system often proved disastrous for monastic discipline, as the commendatory “abbot” of the community was rarely a monk, nor was he often even present in the monastery. Economically speaking, such a system divided the revenues of the monastery between the mensa abbatialis (the “abbot’s table”) and the mensa conventualis (the “monk’s table”); the commendatory abbot would carry away his portion, thereby reducing the resources of the monks and setting an inflexible limit to the expansion of the community and its assets. Buildings fell into disrepair and new members could even be turned away on account of a simple lack of funds. In spite of various efforts by the Church to reform such a system, it continued to plague the monastic orders throughout the centuries. On the eve of the French Revolution of 1789, of the two-hundred-thirty-seven Cistercian institutions in France, only thirty-five were governed by regular Cistercian abbots.

The tragedy of the commendatory system was rivaled by the far-reaching and sometimes violent oppression occasioned by the crisis of the Protestant Reformation (1517) and its subsequent wars, revolutions, and suppressions. As a consequence of the crisis, all abbeys in Norway, Sweden, Denmark, Holland and the Baltic states were eventually secularized. By 1539, the monastic orders were dissolved and their property confiscated in all territories governed by the English church. Additionally, the rise of warring nation-states fractured the unity of the trans-national Order, cutting off lines of communication between the monasteries and leaving many of them in a dangerous isolation. Several communities, on account of their rural location, suffered greatly from the greed of marauding bands of robbers and roving armies. 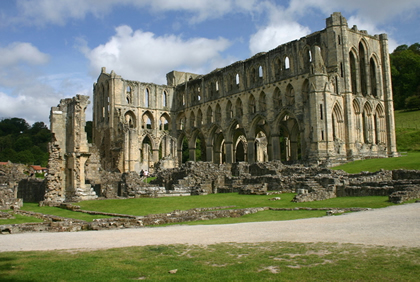 The ruins of the Abbey of Rievaulx, England, by Rob Bendall.

Difficulty continued for the Cistercians, whose way of life was oftentimes misunderstood or undesired after the intellectual and social revolutions associated with the Enlightenment. Certain ideals of Europe’s new and “enlightened” intellectual and political elite, in fact, proved to be greatly antagonistic to monastic values. Thus, the French Revolution of 1789 brought about the total extinction of Cistercian life in France. Beginning in 1790, monastic life was simply outlawed and monastic properties confiscated under the authority of the French National Assembly. Such policies were extended as the victorious armies of Napoleon (1769-1814) advanced through Europe. In other countries, such as Italy, Spain and Catholic portions of Germany, a new generation of political rulers sought either to abolish or to secularize the socially “useless” monasteries. In the Hapsburg Empire, just a handful of monasteries were able to continue existing, and only after making significant adaptations to their way of life in response to the new legislation of Emperor Joseph II (1780-1790), a set of policies often collectively referred to as “Josephinism.”