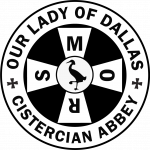 In the center of both seals stands a crane, the original mark of the Abbey of Zirc, whose first foundation took place in 1182 by monks from the Abbey of Clairvaux. This legendary crane is an ancient symbol of vigilance, keeping itself steady on one foot while holding a rock in the other. The image expresses the Christian attitude toward life and death, calling us to constant readiness and attention according to the teaching of Christ, “You must stand ready because the Son of Man is coming at an hour you do not expect” (Luke 12:40). 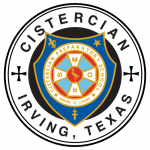 The motto of the school, Ardere et Lucere, written around part of the circumference of the seal, is taken from a sermon of Bernard of Clairvaux, the great twelfth-century Cistercian saint, abbot, theologian and preacher. St. Bernard was in many ways the leader of the Western world for almost thirty years. In a sermon commemorating the feast of St. John the Baptist (Sermo in Nativitate Sancti Johannis Baptistae, Opera V, p. 178), he writes: “Listen, brethren, to what the Lord says about John the Baptist: ‘He was a lamp, enkindled and shining.’ For only to be enkindled (ardere) is vain, only to shine (lucere) is little, to be enkindled and to shine (ardere et lucere) is perfect” (cf. John 5:35).

Concretely, St. Bernard used the phrase to describe the Baptist’s knowledge and love for Jesus Christ; thus, the motto both refers to the religious commitment of the monks and offers a profound expression of the Christian ideal: to live a life animated by an ever-deepening union with Jesus Christ. Such a motto is filled with application to the field of education. As a candle is both enkindled and shines, so a person of learning should be enkindled with truth, love and enthusiasm in order to become a witness and source of knowledge and inspiration for others. Knowledge and enthusiasm not shared is futile, outward brilliance without deep convictions is little, but to be aflame with knowledge and love and to pass them on – to be enkindled and to enlighten – is perfection.