The Cistercian Order made its first American initiative with a foundation of Austrian and Dutch Cistercians in Wisconsin in 1929, Our Lady of Spring Bank, a remote monastery which has since been closed. In the early 1950’s this monastery was the first American home for many of the Hungarian Cistercians.

The monks who fled Hungary, however, had arrived to America with the desire of continuing the tradition of education successfully carried out at the Abbey of Zirc for almost two centuries. Thus, in 1954 they left Spring Bank in order to accept an invitation to join the effort of founding a Catholic university in Dallas. The Sisters of St. Mary of Namur, a congregation originally founded in the 19th century by Fr. Joseph Minsart, a Cistercian priest from a suppressed Belgian monastery, originally conceived the idea for the University of Dallas. After making contact with the Cistercians, the sisters invited them to come to Dallas and take part in the project. When the bishop of the Dallas-Fort Worth diocese, Thomas K. Gorman, adopted the sisters’ project to build a university, he planned to involve several religious orders and so enthusiastically welcomed the Cistercians. 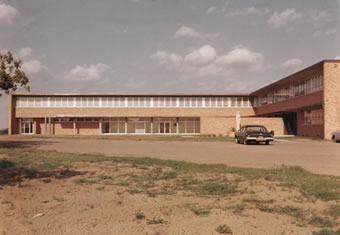 Cistercian life in Texas began in a house on Swiss Avenue in Dallas, which officially became the first residence of the monks on May 19, 1955. As the university project continued, the Cistercians were granted a piece of land adjacent to the University of Dallas campus, where they began building a monastery in 1957. At the end of the previous year, the failed Hungarian uprising against Communism had produced another wave of refugees, and among them were a dozen young Cistercians who would soon join the new foundation in Dallas. The first wing of the present monastery was dedicated on February 8, 1958. In 1963, the monastery was elevated to the rank of an abbey, and on January 4, 1964 Fr. Anselm Nagy, the former prior of the community, was officially installed as abbot.

In its first decades the new cultural environment and the lack of an overall plan created great obstacles for the fledgling community. Not only were they deprived of contact with the Abbey of Zirc, but they also faced a grave lack of financial resources. Under these circumstances, Fr. Anselm, still prior of the young community, began a tenacious uphill battle to build the new monastery wing by wing, to find employers, donors, and advocates for the community, and to gather together as many of the scattered refugee monks as he could find and house. At the same time Vatican II challenged the monks to reformulate their ideals and their lifestyle in light of the post-conciliar Church. 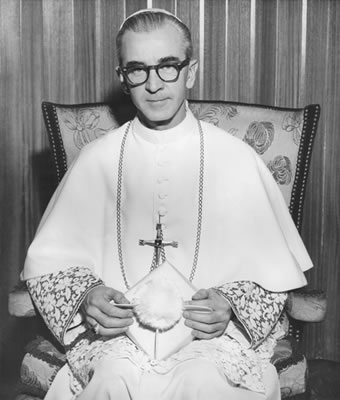 Fr. Anselm, the first abbot of Our Lady of Dallas.

Although a secondary school was greatly desired by several of the monks, Bishop Gorman initially prohibited attempts to build a Cistercian school on account of the large number of Catholic schools already in existence. He eventually changed his position. The Cistercians had made well known their desire to continue their traditions of secondary education; and by then an important group of Catholic lay persons lined up to support their educational project. These efforts resulted in school buildings adjacent to the abbey, erected in 1965 and 1967, and the emergence of a secondary school patterned on a European model of combining an eight-year curriculum with high academic standards and an educational philosophy focused on personal and spiritual growth. The foundation and success of Cistercian Preparatory School has done much to secure the place of Our Lady of Dallas within the local community.

New school buildings in 1972 manifested the success of the school, and by 1980 the number of students grew to more than two-hundred. At about the same time, the first classes of alumni of the school began a development program and generously supported their Alma Mater’s further growth. A science building, built in 1982, made possible further expansion of the school and paved the way to its current full enrollment of three-hundred-fifty students. In 1991 the decision to build an abbey church was made. Thanks to the financial support of the larger community, in less than a year the church, designed by alumnus Gary Cunningham, was constructed by alumnus Wade Andres. It was consecrated by Bishop Charles Grahmann on May 12, 1992, and has been the spiritual center of the abbey and school ever since.

Next: Our Lady of Dallas Today